From Cold Calling to Warm Calling 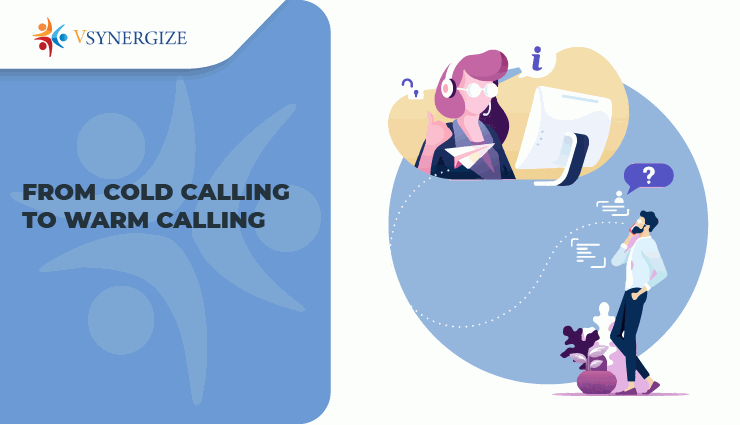 From Cold Calling to Warm Calling

“Cold calling is something that’s pretty critical, and something you can’t be afraid to do if you’re dealing with customers. You have to do it to understand what your customers want.” David Friedberg, Founder of Weatherbill / The Climate Corp.

The age of the internet is upon us and has wrought a profound change in the world of sales professional. Call it lead generation or appointment setting or inside sales, there is a sneaking suspicion among even the most grizzled of veterans of the sales trenches that something out there has changed. What is driving that disquiet? Well for one it’s hard not to be concerned when the Harvard Business Review reports that cold calling does not work 91% of the time. Or when Leap Job report that only 2% of cold calls actually ended with securing an appointment. Cold Calls have long been the mainstay of the sales process. This has especially been true in the B2B Sales process where this is often the start of the interaction with the prospect and an important early stage in a long sales process – so what has happened now?

For one people are getting harder to get hold off. TeleNet / Ovation Sales Group have reported that in 2007 while it took an average of 3.68 calls to reach someone today that has gone up to 8 calls. Apart from the more calls it takes to connect with someone there is also the increased difficulty of making sure the call connects to someone who has a role to play in the buying decision – research in the public domain suggests that today nearly 8 out of 10 cold calls are spent trying to identify and reach the decision makers rather than to start the sales interaction. The reasons for this increased elusiveness of the buyers is hard to pin down but remote offices, increased mobility, greater adoption of telecommuting, privacy concerns and the increasing use of personal mobiles for work all seem to have a role to play.

Then there is the impact of the content tsunami out there. The digital world and social media are all providing prospects with the information they need about the business challenges they face. In fact, MediaBistro reported that as many as 55% of B2B Buyers said they searched for information relating to their purchases on social media. An IBM report revealed that when widening the net beyond just B2B, 75% of customers confirmed using social media in their buying process. The net impact of this is that prospects now choose to engage with vendors only much later in the sales cycle and only when they are good and ready.

For one, cold calling can no longer (if it ever could, to begin with) be carried out in isolation. It has to be part of an integrated lead generation campaign that includes similar messaging on all the other digital and social channels. The understanding is the specific target group of prospects should be able to associate your organization with the messaging that resonates with them specifically even before your call reaches them. If this happens the prospect is far more likely to engage with the call (and the caller) as this will be viewed as the natural extension of the information seeking process that has been initiated by them rather than thrust upon them by the company with something to sell.

OpenView Labs reported that in the B2B space, prospects were 5 times as likely to engage with callers when they had been introduced. This offers another clue on how to make the initial call more likely to succeed. Lead Generation teams that actively mine their social network for referrals and leverage possible connections are far more likely to find more receptive prospects at the other end of the line. This also hints at the growing role of social networks in the early stages of the sales cycle – but that’s a juicy topic for a whole new blog post.

In closing this post, though, let’s make the point that the tremendous transformation in the digital world has had a transformational impact on the sales process – the sales ways that were set are now just set for change. The rather aptly named MLM expert, Tim Sales, though tells just why this should not be a concern, “Top salespeople understand they must learn to feel comfortable doing the uncomfortable.”

A successful B2B marketer relies on B2B content syndication which is based on a variety of tactics to increase brand awareness by ensuring greater brand reach which results in more leads. Therefore, if you are

As a business or a project owner, you know the importance of targeting the right segments of prospects for your business. It is also important to know them well so that you can keep on

How to Enhance Your B2B Business Growth with SDR Outsourcing

Successfully scaling a B2B business is no easy task. There are so many moving parts, and it can be challenging to know where to focus your attention. One of the most critical aspects of

How to Get a Competitive Edge in Your Lead Generation Strategy

Sales leads are potential customers for your products or services. A lead generation strategy is a plan for how you will find and qualify these sales leads. There are many different ways to generate